It all comes round too quickly and before I know it I'm back at Wiscombe for the 500 Owners Association and Vintage Sports Car Club (VSCC) hill climb events held over the same weekend (11th - 12th May). There is always a plethora of incredible and sometimes exotic machinery at these events.

On the Saturday the 500 Owners Association plays host to a variety of 500cc machines like Coopers and Starides as well as a contingent of motorcycles of various ages and types. The event is a relaxed affair with drivers and riders fettling their machines and generally enjoying the great social aspect to the sport of hill climbing. It is a competitive sport but people are very generous with their knowledge and people  are always willing to help their fellow racers achieve their dream time. 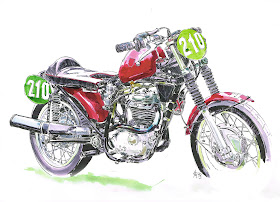 (watercolour over ink sketch)
A great hill climber featuring an NSU quickly tank. The bike was set up on a dyno and the exhaust and carb pipes have been matched to give optimum torque. 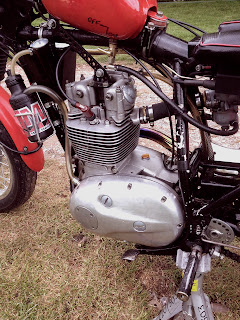 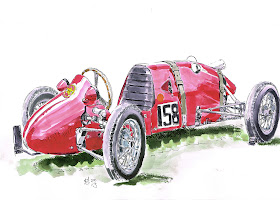 (watercolour over ink sketch)
The Staride was developed in the early 50's and a few production models were produced through 1953. This Staride is currently running a JAP 500 but has and will be running a Norton 500 which is a more rugged engine more suited to track racing. The JAP speedway engines are only meant to be run for shorter periods making them ideal for hill climbs, relatively cheap too. 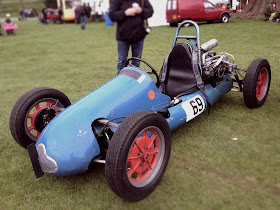 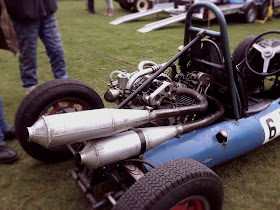 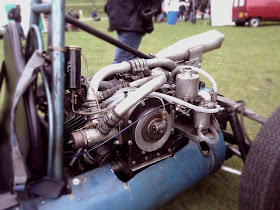 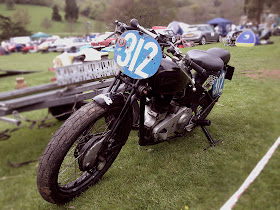 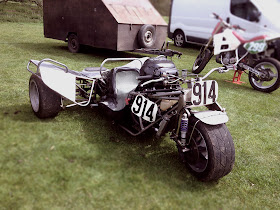 The Sunday is more of the same but a busier affair as the VSCC members fill the pits with a huge range of vintage cars ranging from standard sports cars to exotic specials and race cars. I always enjoy this event as it is busy enough that there is always something going on but not so busy that it is impossible to sketch. Well saying that a few of the sketches weren't finished on the weekend as with hill climb events unless your quick enough the machines are off up the hill before you know it. 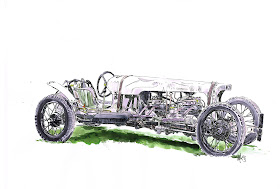 Kenneth Neve built a series of specials using combinations of GN and Morgan chassis and coupled them with various motorcycle engines. An earlier version used two Douglas engines strapped into a GN chassis with a Morgan front end. This is his fourth special hence the name KN IV, it utilises two Ariel Square Four engines in a GN chassis. It was originally built in the 50s and was last seen out in the 90s, Wiscombe was it's first outing since. 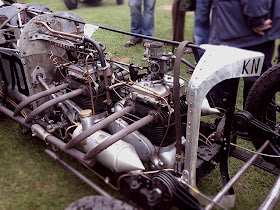 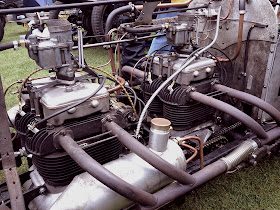 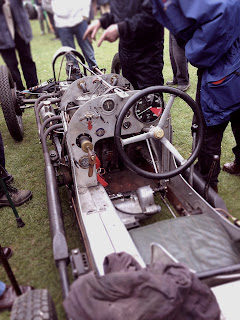 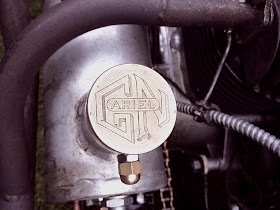 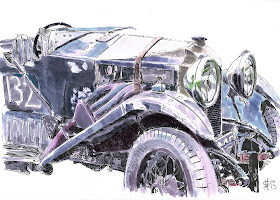 (watercolour over ink sketch)
My main sketch of the day was this gorgeous Vauxhall. the bodywork is all in original condition and hasn't been touched since the 30's after it was modified to make it a more usable machine. The suspension has been dropped and a large fuel tank added to the rear. The manifold is a custom job too all from the 30's. It had been stored away in the 60's and was bought by the current owner who made the decision to keep the bodywork intact and just get the mechanical bits working. This all makes this a rare machine as many of these Vauxhalls have been renovated back to their original condition. 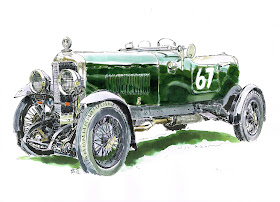 (watercolour over ink sketch)
My last sketch of the weekend was this Sunbeam. A family owned car which has now been raced by two brothers. The family are big sunbeam fans as they also own the Sunbeam pickup I featured in my report from Beaulieu last year. 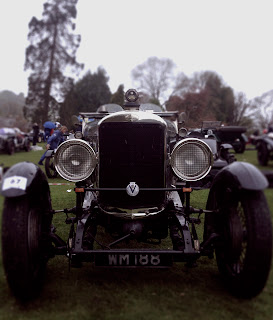 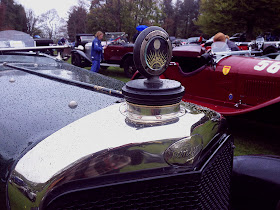 Here's more pics from the day... 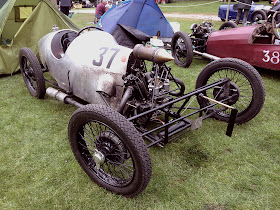 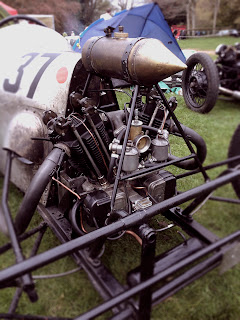 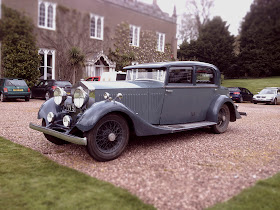 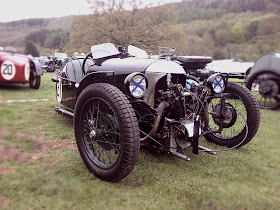 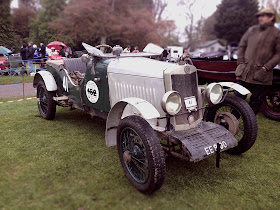 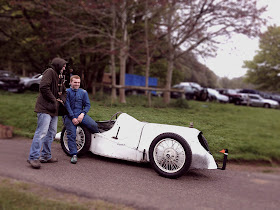 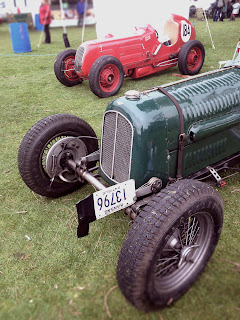 Semmence Special with US Dirt Tracker behind 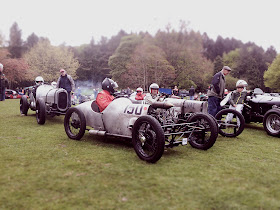 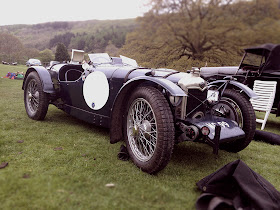 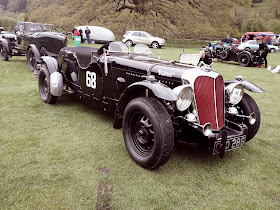 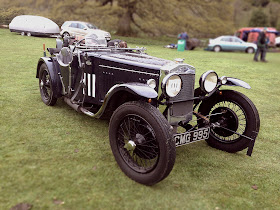 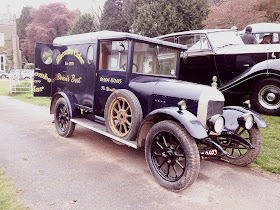