Well the second coming of Dirt Quake was a real blast I took an almost coast to coast trip to Kings Lynn Arena via London to sketch and spectate the phenomenon that is Dirt Quake. If you don't already know Sideburn Magazine host an event where they take over a dirt oval and let anyone and everyone enter their motorbike of choice into one of three categories, Street Tracker, Inappropriate Road Bike and Chopper. People enter all sorts of bikes into the event and it is a real blast to watch.
After last years event the Dirt Track Riders Association have been running a league and they were competing in their third rounds of this years season. It was really impressive to see the level on riding and competitiveness that the Association has achieved. If you haven't seen Flat Track Racing before get yourself along to one of the 3 remaining rounds, you won't be disappointed.
As well as all this flat tracking action there was other attractions including Davros the Compare (with a Vic Reevesesque accent), a milk chugging competition and a huge pie being driven by a chef. Where else other than Dirt Quake would you expect to have such an experience? 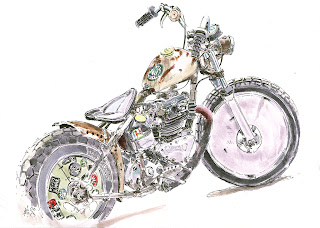 Old Blu is a chopper that was original made in 1968 in the UK, this is a rare beast indeed as not many choppers were around in the UK at that time. It won Belle Vue twice in the 70's. The heart of the current bike, frame, engine, gearbox, tank and rear mudguard, is from the original chopper. It has changed a few times within it's life and is now owned in it's current form by Pete from Eat the Rich who has now owned it twice. The Frame is a '48, engine '60 and gearbox is '52/'53. I had no idea of the history of this bike before I sketched it but I'm glad I did now. 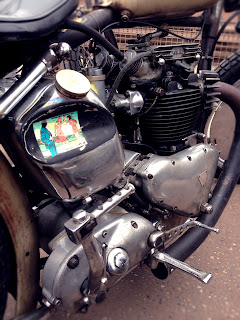 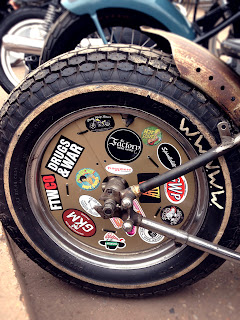 Rear wheel addorned with various stickers including a couple of naughty ones designed by Pete. 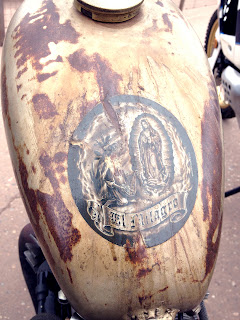 Love the decal and patina on the tank. 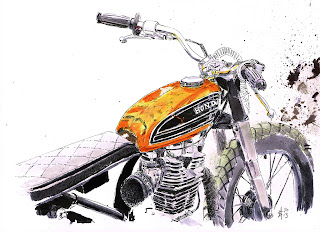 (ink and watercolour)
This custom Honda run by Ross Herrod was flying round the track. I chose it because of it's simplicity, there's something about a bike that is assembled to ride and have fun that is genuine and I really respect that. The donor bike is a1980 honda cg125. The tank is from a honda cb125s the frame was modified to take the tank. The rear of the frame was chopped and the upswept loop added. The motor is a ccm 230cc. Other bits include custom seat, flattrack bars, standard 18" wheels, custom exhaust.

Here are more photos from my adventure at Dirt Quake: 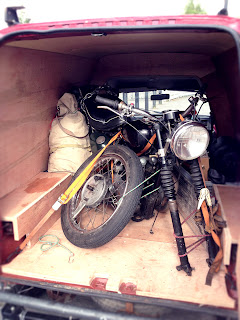 On route to the Quake I put the van to the test and picked up a friend and his 650 Triumph. 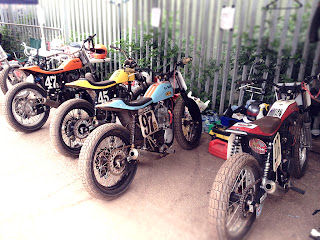 It wouldn't be Flat Track without Co-Built 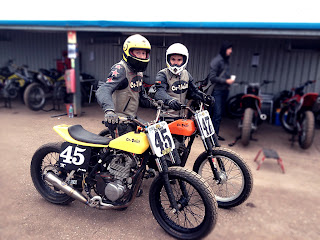 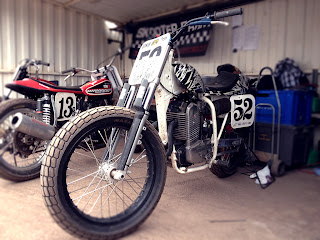 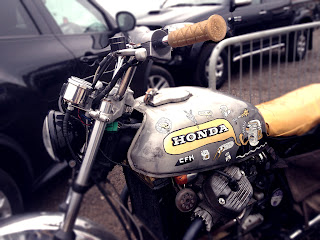 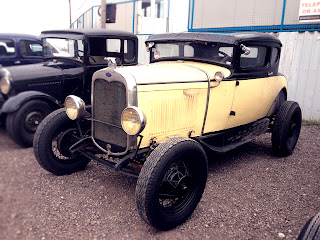 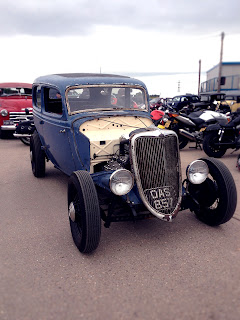 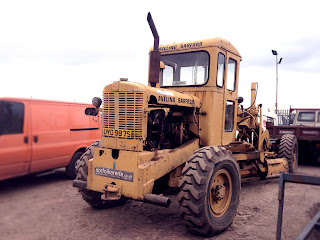 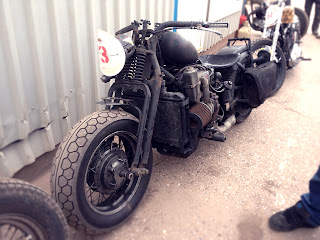 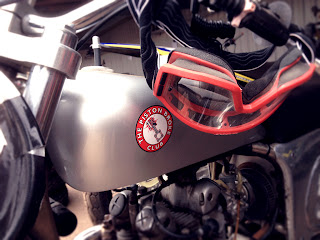 Look closely and you'll see men chugging milk for money along with the pie (stage right) and Davros on the left. 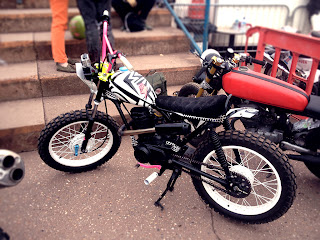 El Solitario's whip for the day 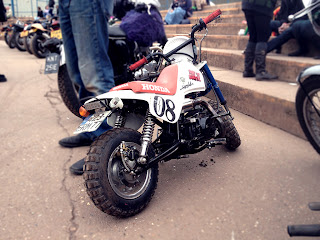 above and below proves it was anything and everything 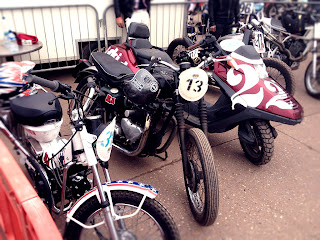 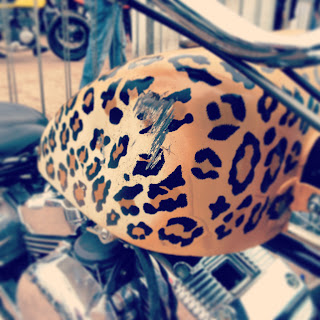