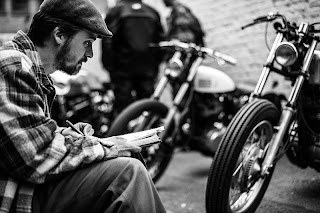 The BSMC held their inaugural bike show at the Shorditch Studios over the weekend, this is an event that I'd been looking forward to for a while and it certainly was a blinder of a show. Over 2000 people visited on the Saturday alone giving the event an incredible feel with a constant buzz of people and of course bikes coming and going. The main hub of the show showcased a great range of custom bikes from various builders including Deus Customs, Barons Speed Shop and Old Empire Motorcycles. Along side the bikes was a great range of artwork adorning the walls from the likes of Ornamental Conifer, Corpses from Hell, Death Spray Custom and Sam Christmas. Last but not least Sidburn Magazine were in attendance flaunting their wares for all to buy. The show was a great amalgamation of all aspects of the current custom scene, not just the bikes.

I attended of course with my trusty sketchbook and pen..... 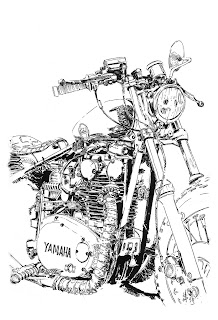 This was sketched on the Saturday of the show when Imperial Customs were in attendance. This bike was definitely a ridden example with all the signs of the rider adding and changing elements as time has past. For me this makes a more organic machine where the bike and rider reflect each other... perfect. 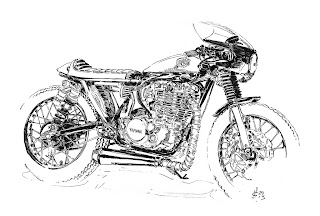 Deus Customs were in attendance via their UK connection Black Closet. Their bike of choice for the show was their Grievous Angel a custom based on a Yamaha SR400. I love how clean this bike looks, it's not intentionally attention seeking but it has such a minimal feel it certainly makes you look twice. 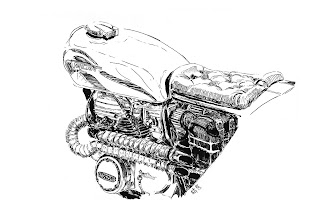 I've been wanting to sketch an OEM bike for a while now and seeing that I was on a run with the Jap customs this was just the ticket to finish off my weekends sketching. This was the Vulcans first outing and it looked great. I loved the compact solid nature of the build, hence cropping my sketch down to the heart of the bike. The button seat is a work of art too. 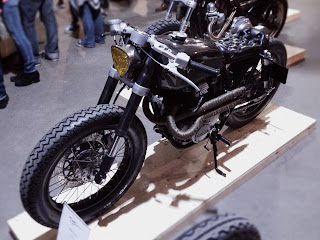 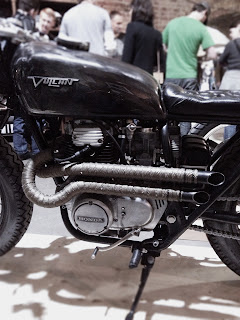 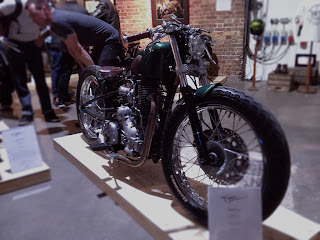 Based on a 2008 Royal Enfield Electra the Pup brings the motorcycle back to the simpler days of motorcycling whilst utilising some more modern components without making it too complicated. 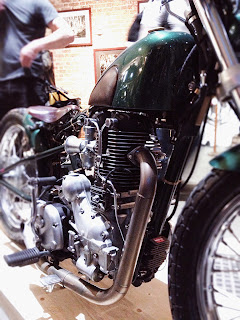 Here's some more shots from the weekend, the bike park at the show was a constant carousel of various machines as riders came and went... 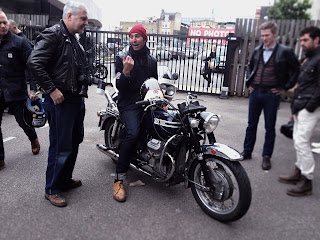 The Guzzi's were in strong attendance on the Saturday 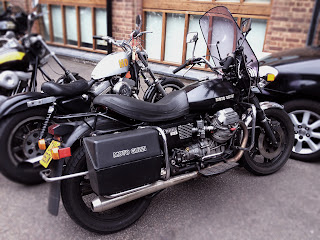 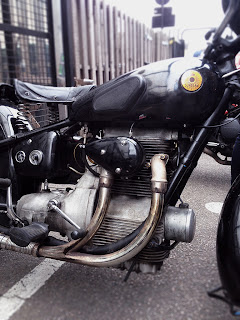 I fell in love with this Sunbeam twin 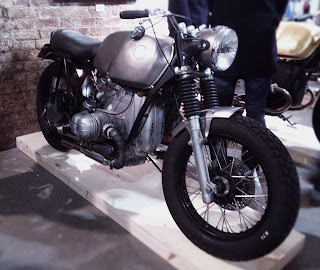 BMWs seemed to be a popular choice both in the main show and the bike park. 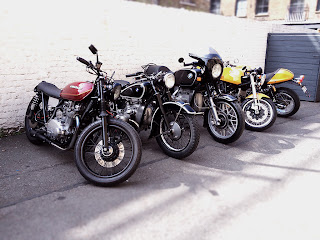 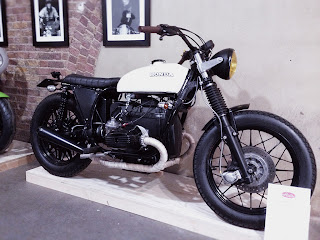 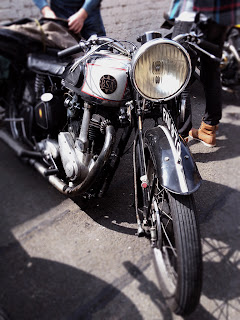 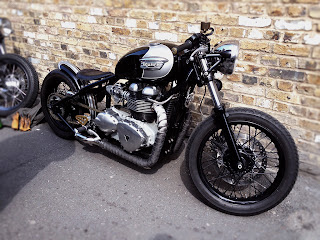 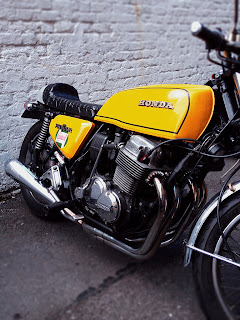 I was hoping to have time to sketch this 750 four but time was not on my side. 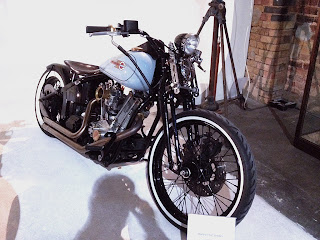 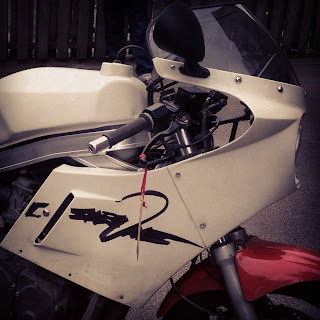 Last but not least Death Spray Custom's GSXR 1100 with She One tag.