After Tom Rochester made a short film about my piece for The National Motorcycle Museum's 30th Anniversary, much to my surprise it got accepted into the Motorcycle Film Festival in New York. Well of course I had to make the trip to New York to watch motorcycle movies, and see what the motorcycle scene is like in the big apple for myself.

Before the festival started I spent a four days sketching at a couple of motorcycle workshops. It was a fantastic opportunity to spend time in two of New Yorks finest workshops Sixth Street Specials and Paul Cox Industries. The sketching involved producing 360 degree panoramas of the workshops. I spent half a day sketching out the basic composition and then another one and a half days inking as much as I could, sketching for around 6 hours straight per day. I still have a huge task ahead of me to finish these panoramic sketches which average 4 meters long. I will post the full pieces once they have been competed, but until then here are some details of what was done during my visits... 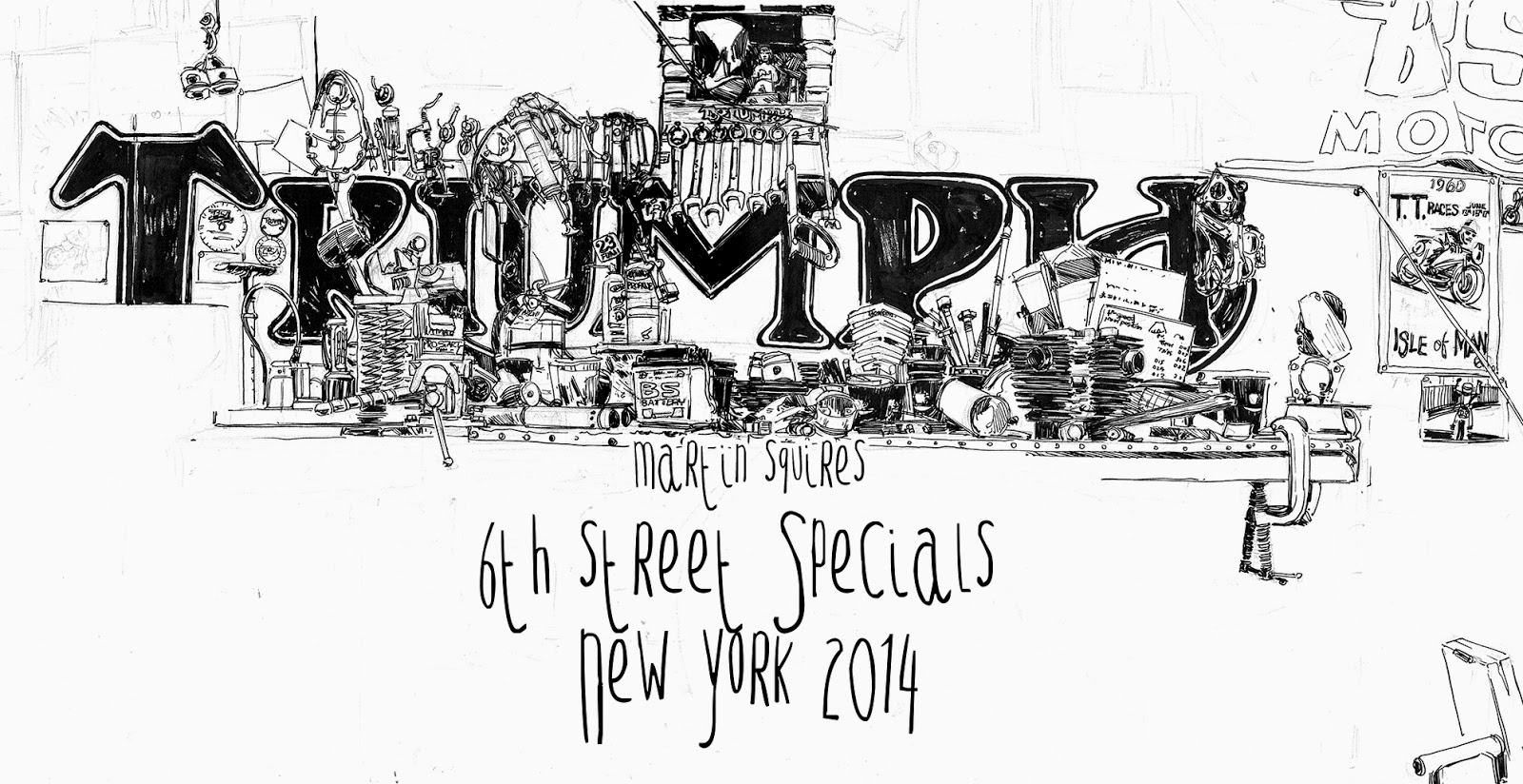 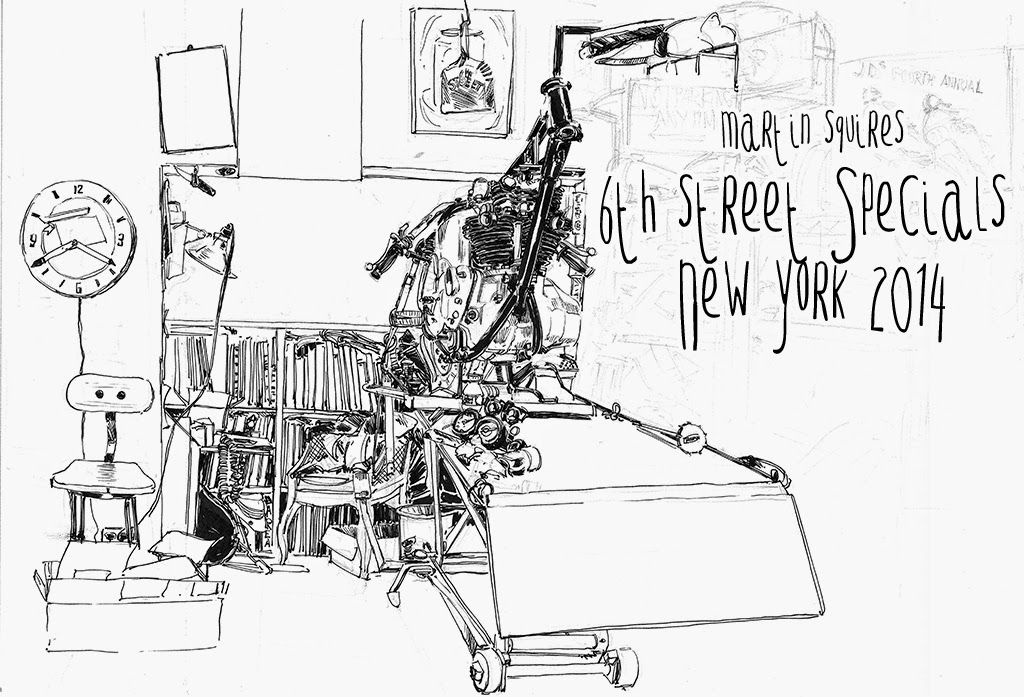 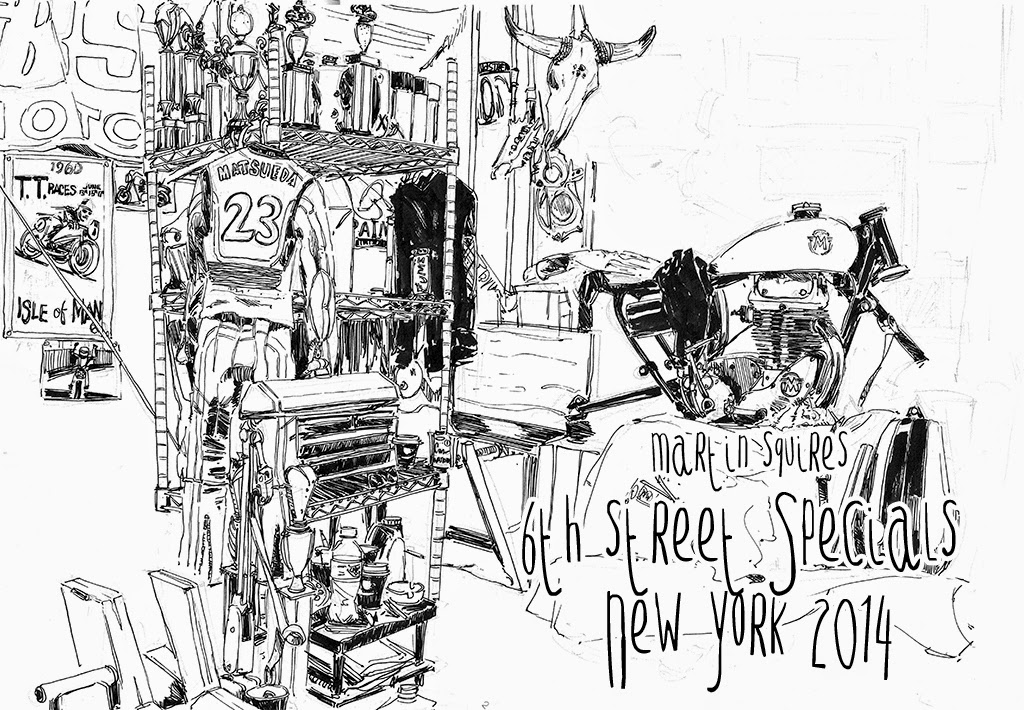 The Other end of the shop with Matchless
(note: All ink sketches are WIP, details from a 4m roll) 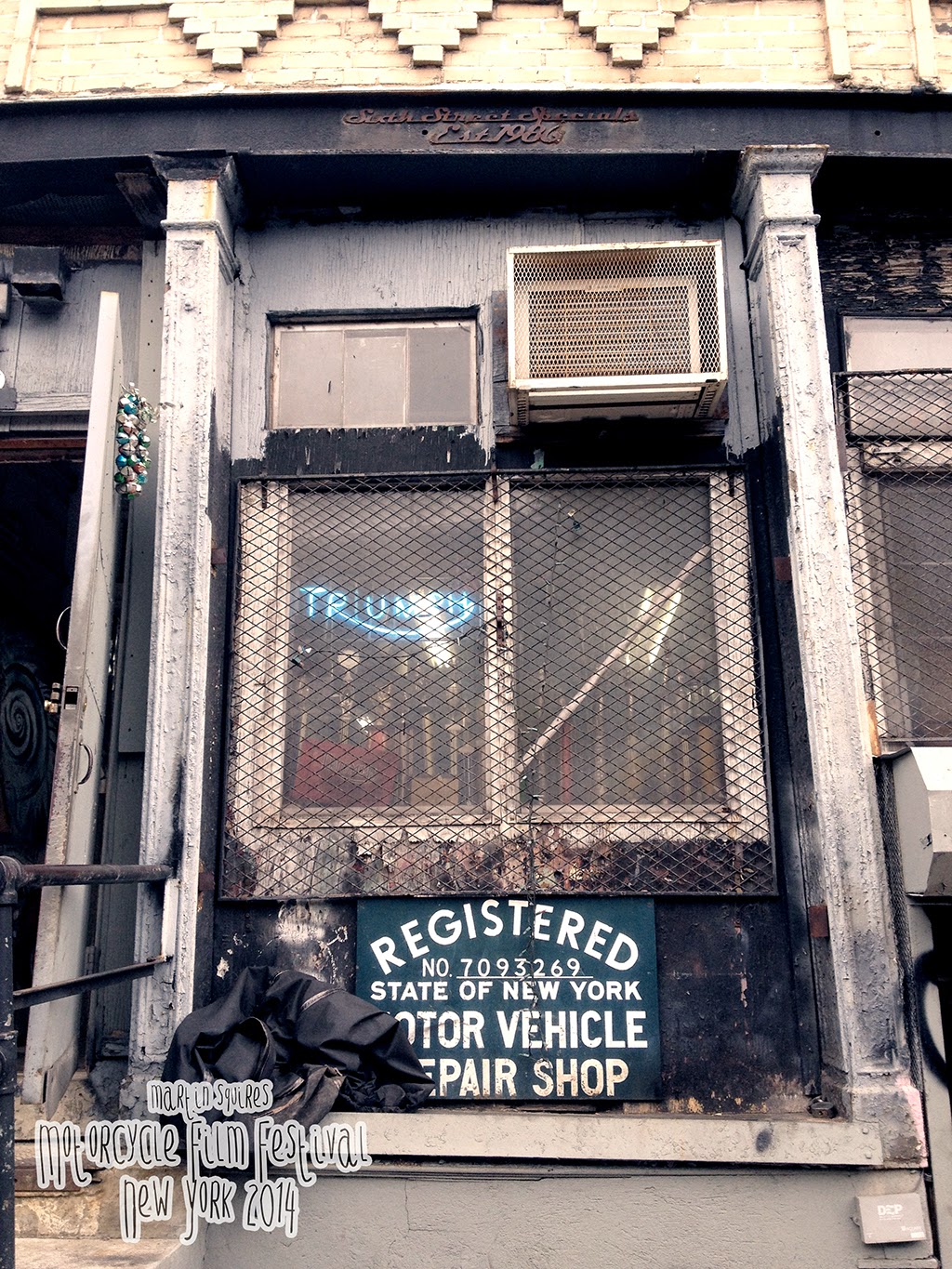 Since the mid 80's Hugh Mackie has run his repair shop from the same premises on 6th Street in the East Village. He only works on British bikes specialising in Triumphs. The spirit of this shop is something to aspire to; Hugh knows he's not going to make a fortune running the business but he's happy with that, as he'd rather concentrate on the bikes he's passionate about and educate others in the art of motorcycle maintenance. He also has a very positive attitude to his neighbours helping them out whenever he can. 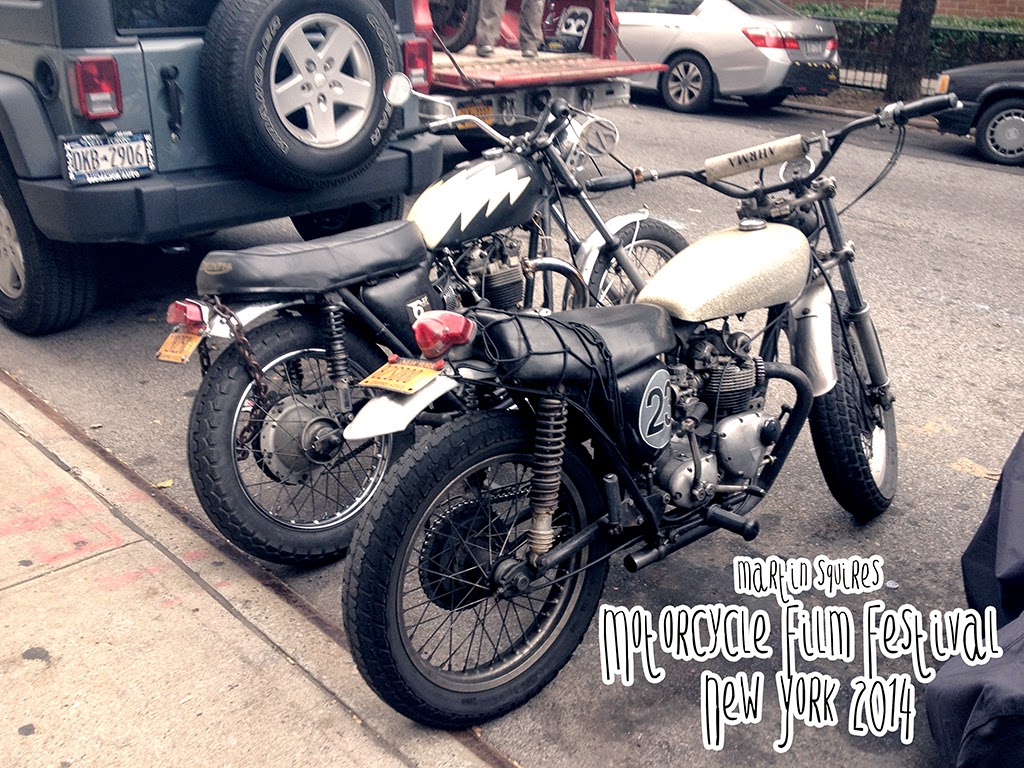 Whilst sitting in the middle of the shop sketching for two days I really got a feel for the place with all it's comings and goings of both bikes and visitors, it felt very welcoming and homely. The walls are filled to capacity with photographs, posters and various junk. Junk is possibly the wrong word for the objects that decorate the walls as everything has a story. For example the boot that can bee seen in an alcove above the workbench (top sketch), was put there as a reminder after a friend pulled a wheelie outside the shop. His foot was already held together with plates and pins foot and his foot shattered when it hit the ground. They managed to pull the boot off just before his foot swelled up. 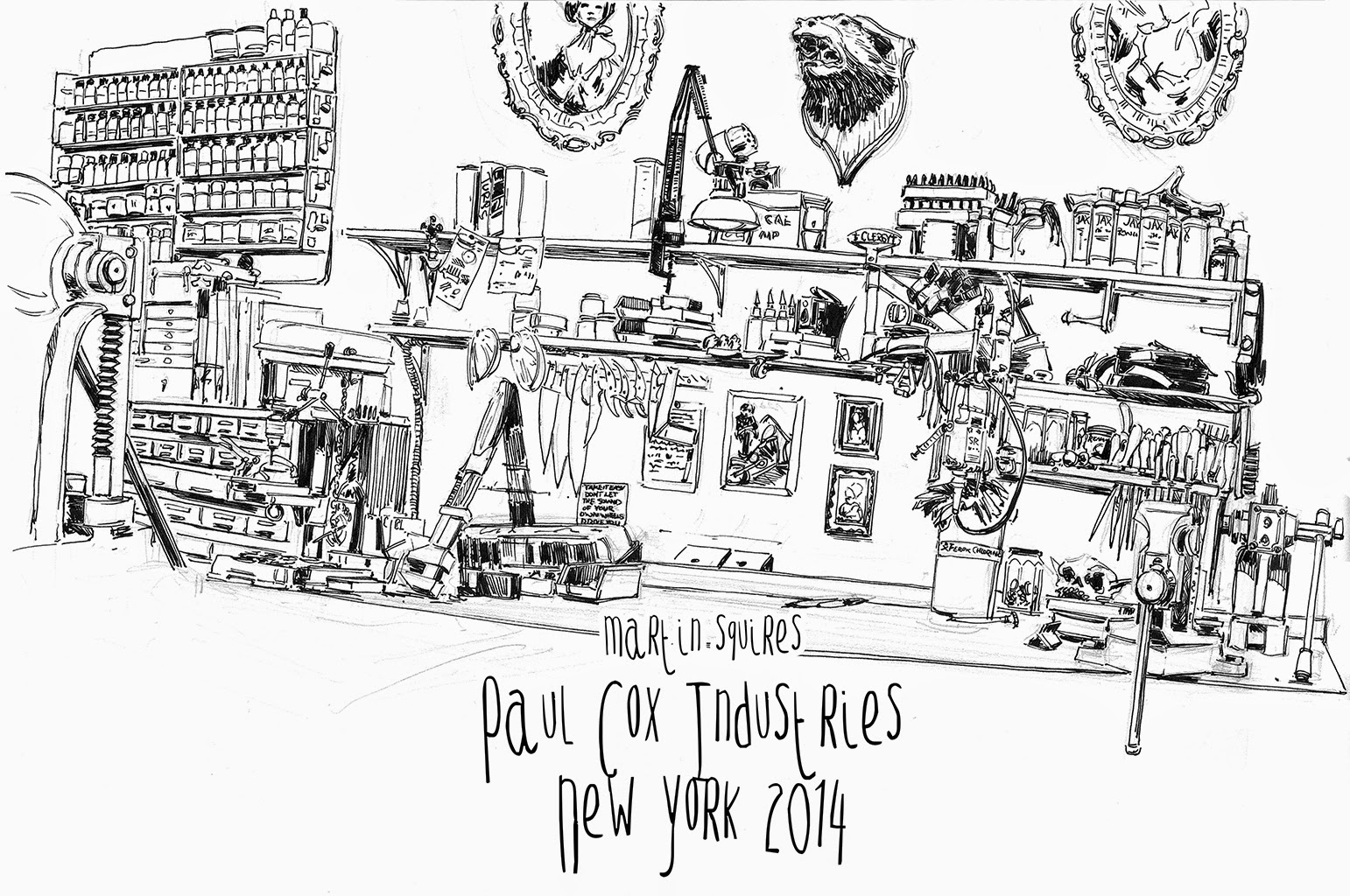 Initially I thought that the two workshops were totally unrelated but on my final day at Hugh's I found out that Paul started in Hugh's workshop with a leather making area in what is now Hugh's office. Since these early days Paul has come a long way as he now runs his own workshop that builds choppers from scratch. The frames, forks, fuel tanks and leatherwork for the seats and detailing is all done in house at Paul Cox Industries. As well as producing choppers of incredible quality with a real eye for detail Paul also makes knives and produces leather goods which are finished with immaculate detail. 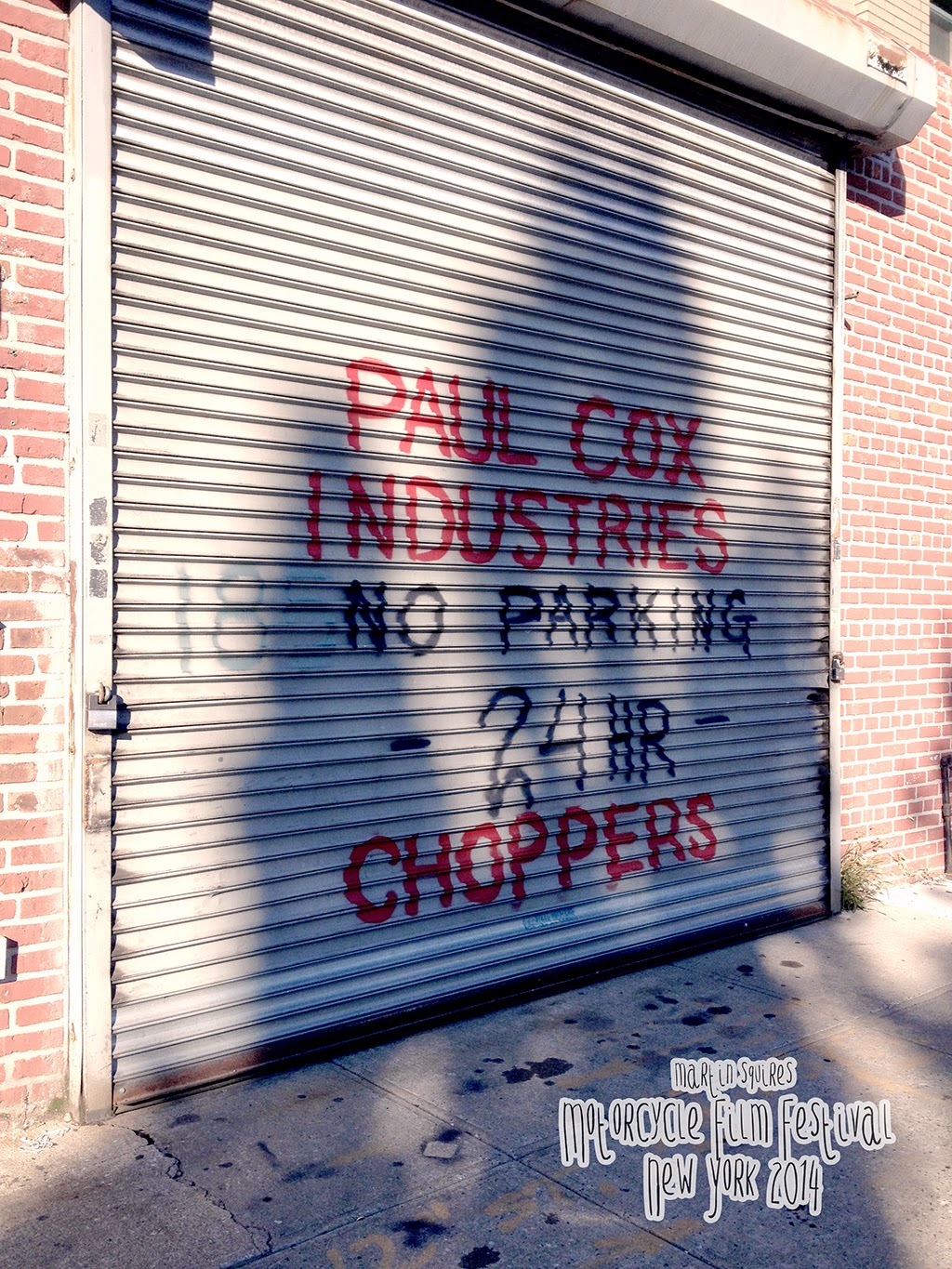 The Motorcycle Film Festival is now in it's second year and it's definitely an event to watch out for. Featuring over 30 films over 3 days the range of subjects was really varied making each screening fresh and entertaining. Most of the screenings were full if not at standing room only so it shows that the festival is pulling a good crowd. 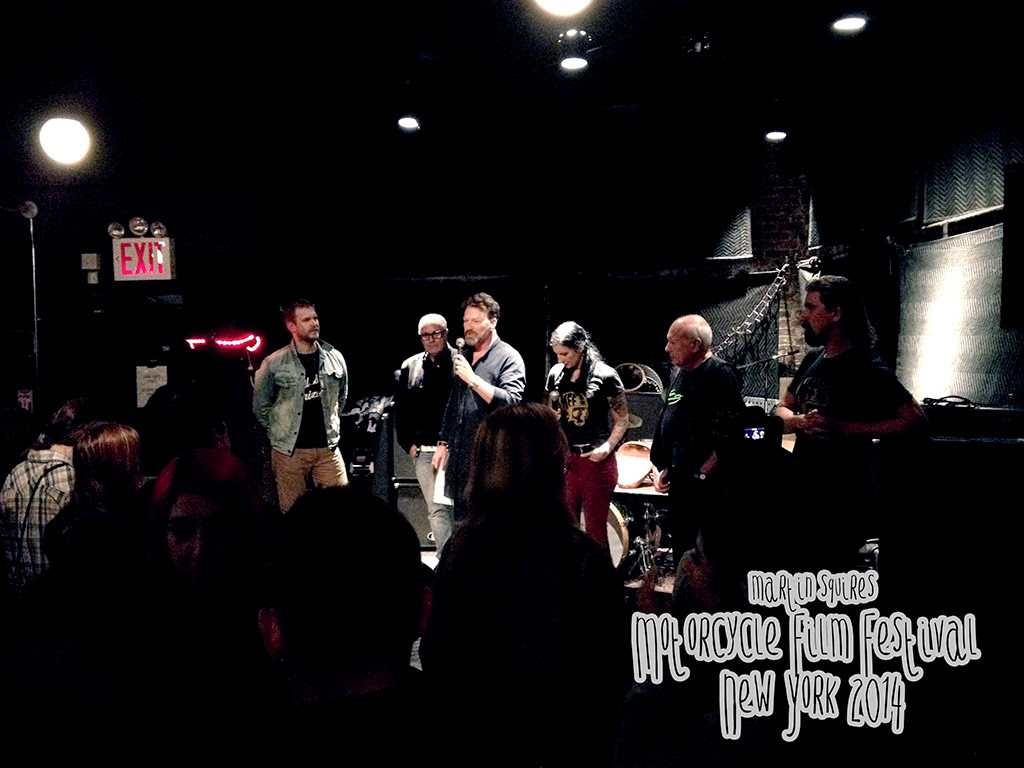 The opening night showed the Peter Starr's 1980 film Take It To The Limit. This was the first time I'd seen this film and it had some incredible footage of people like Mike Hailwood on the TT course and others such as Kenny Roberts, Steve Baker, Barry Sheene and many others. Watching a film like this with an audience is great as everyone gets into it and it becomes real entertainment.

Other feature films were Dirtbag, documenting the Dirtbag Challenge that takes place every year in San Fransisco, the New On Any Sunday which is an update to the original classic bike documentary. The festival ended with the epic Penton: The John Penton Story. Which documents the incredible story of trials and long distance rider John Penton. As well as a wide range of feature films there was a fantastic schedule of shorts throughout the festival.

On the Saturday I got a little bit of sketchbook action in.... 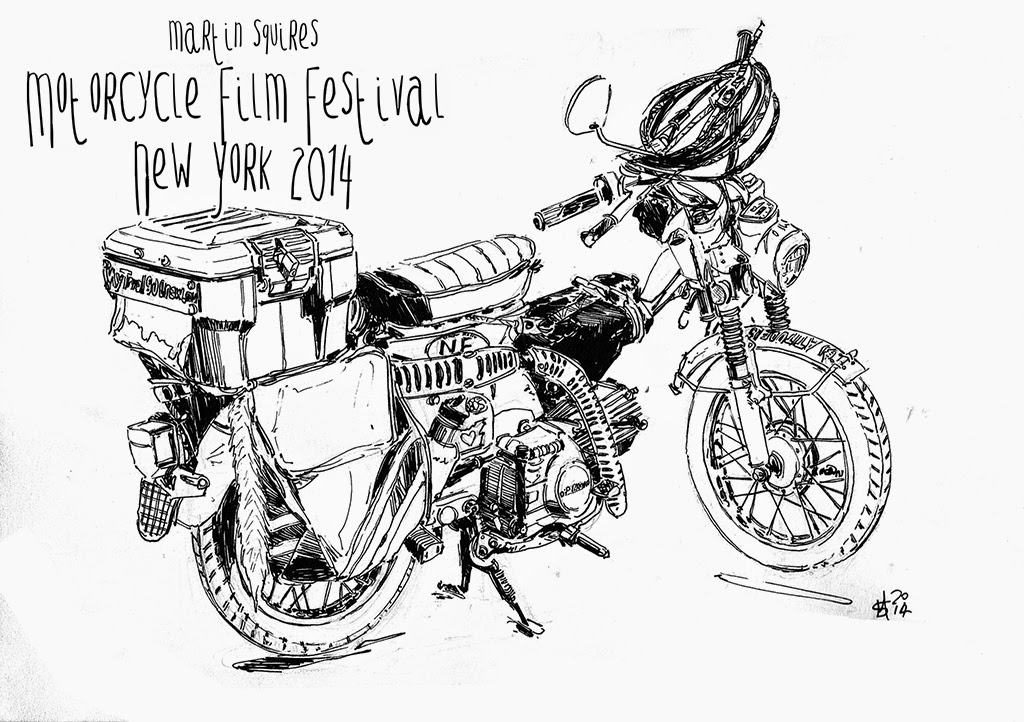 (ink sketch)
This CT90 and the one below belong to Kurth and her husband Adam, who had traveled for 3 months from Medford Oregon on their CT90's. The Motorcycle Film Festival was just a stop off as they are aiming to make it all the way to Key West. To see their journey so far and follow it please go to their blog My Trail 90 or Facebook Page. 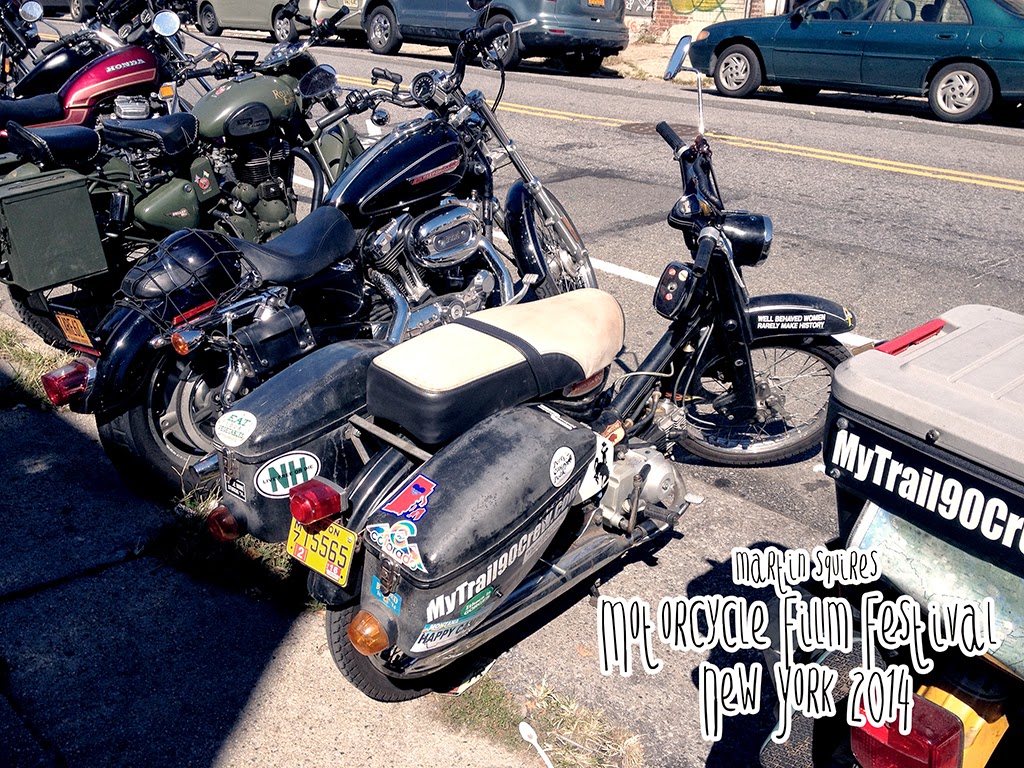 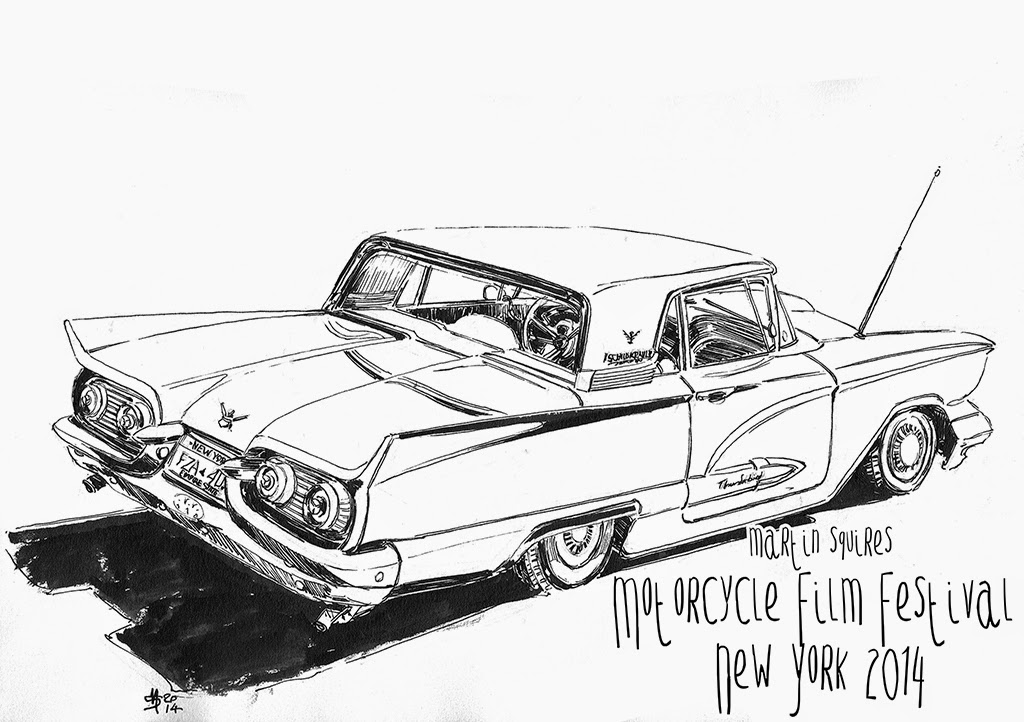 (ink sketch)
I always enjoy the challenge of drawing these long american beasts. The challenge lies in the fact that they are so long and the angles on the bodywork are all over the place. 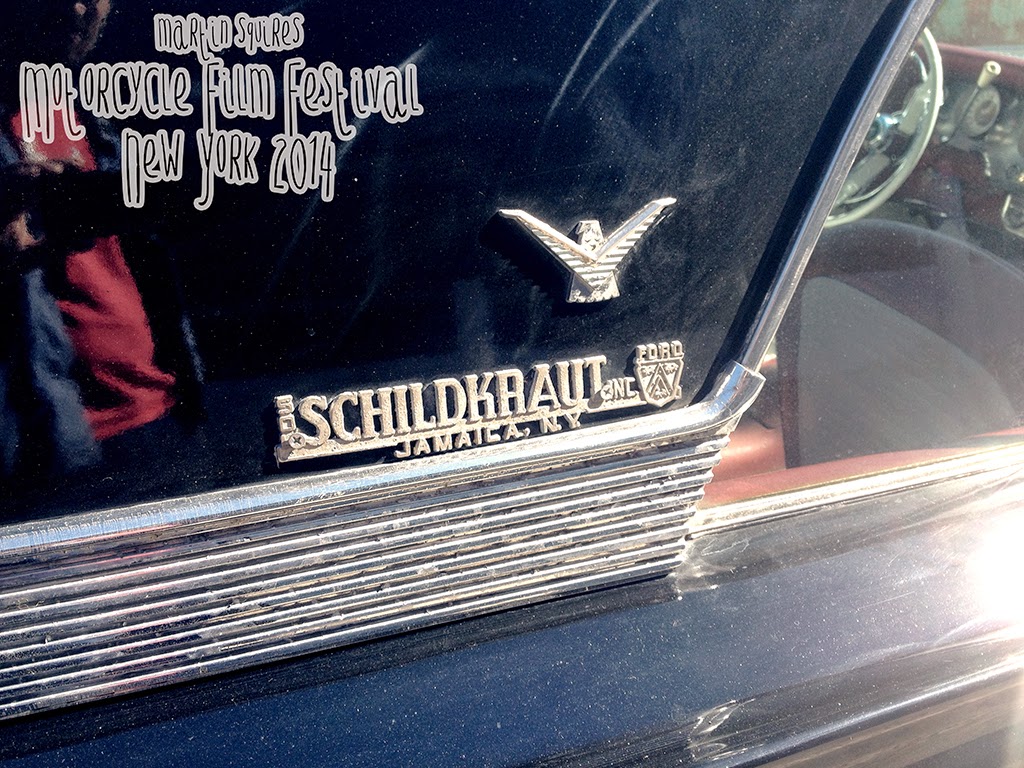 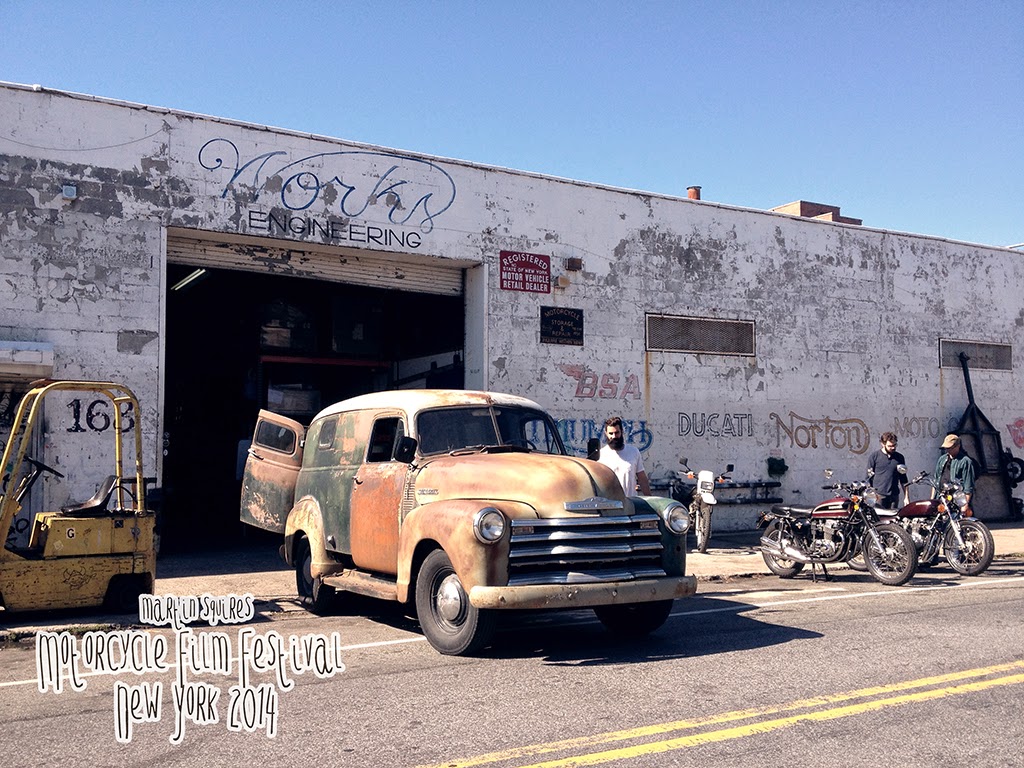 Works Engineering were certainly busy over the weekend and they also had a great delivery truck! 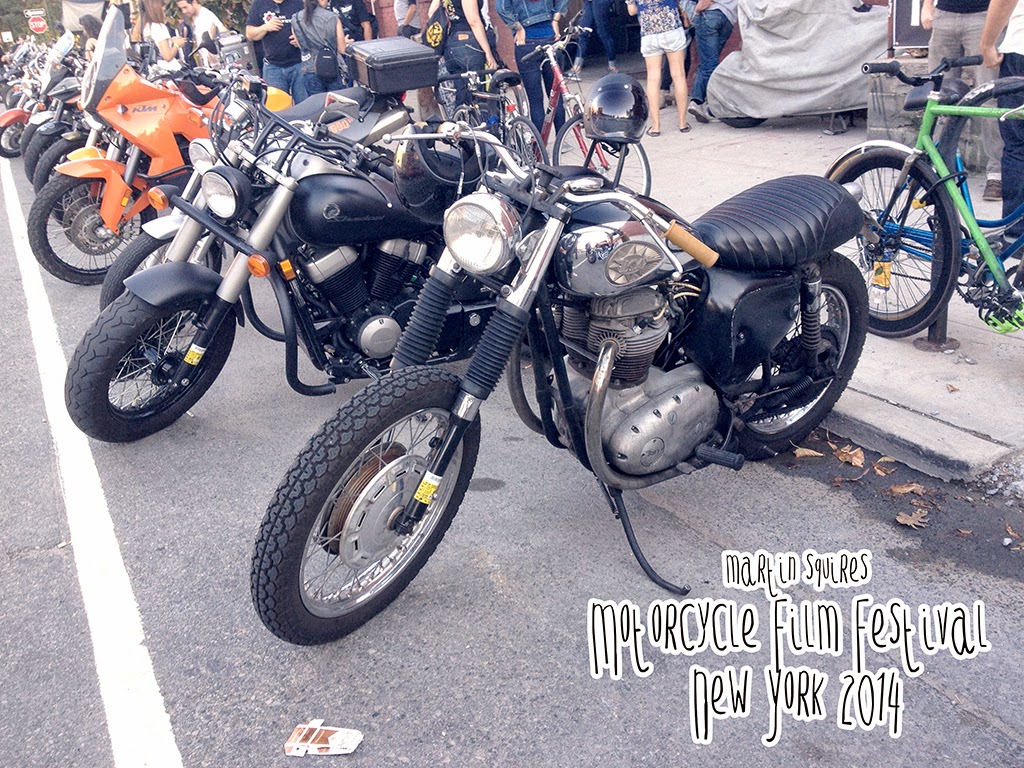 Co Founder Corrina had two of the best machines of the weekend. This BSA and the fantastic Ford pick up. 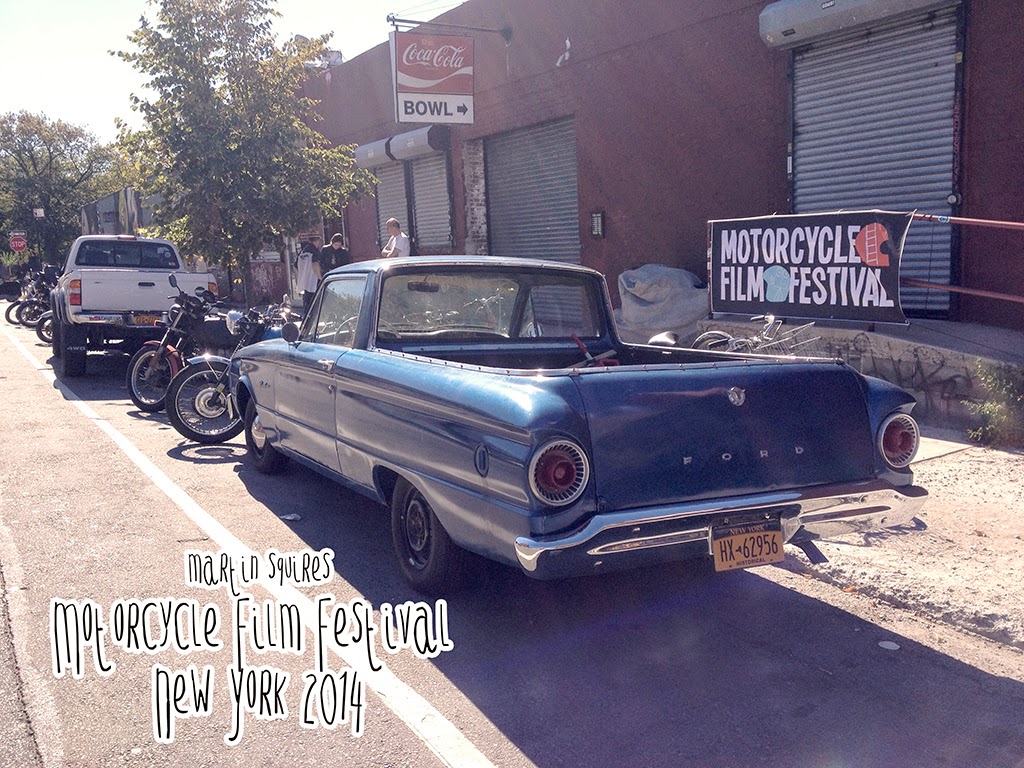 Stuff I found in the Streets of New York.... 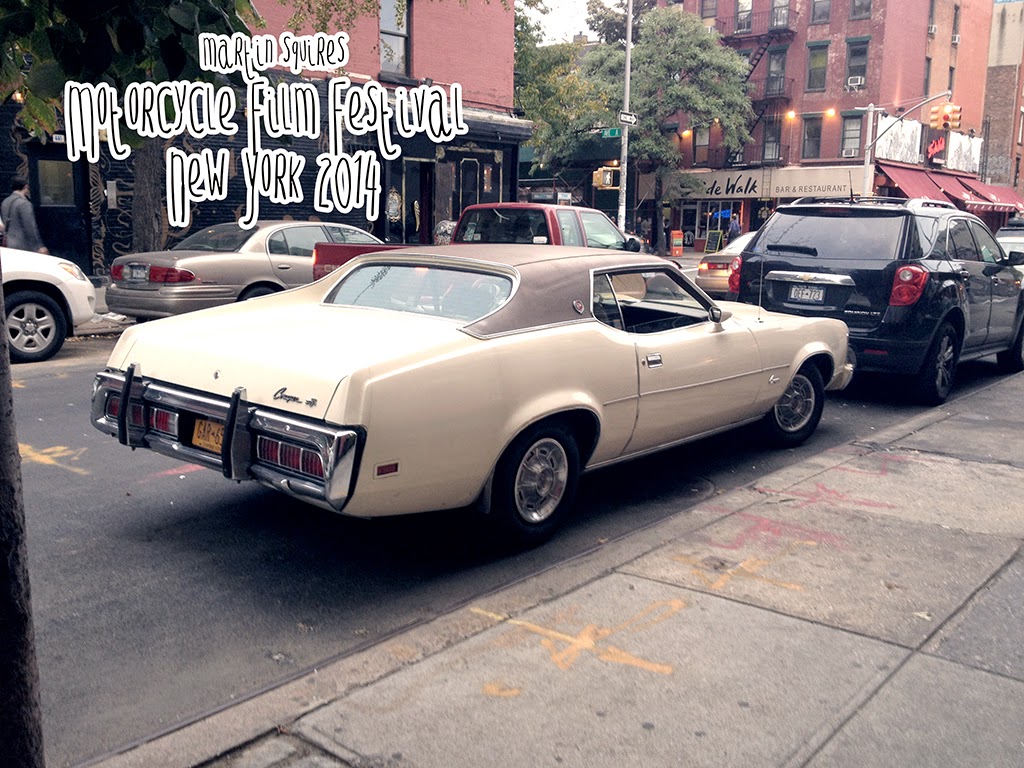 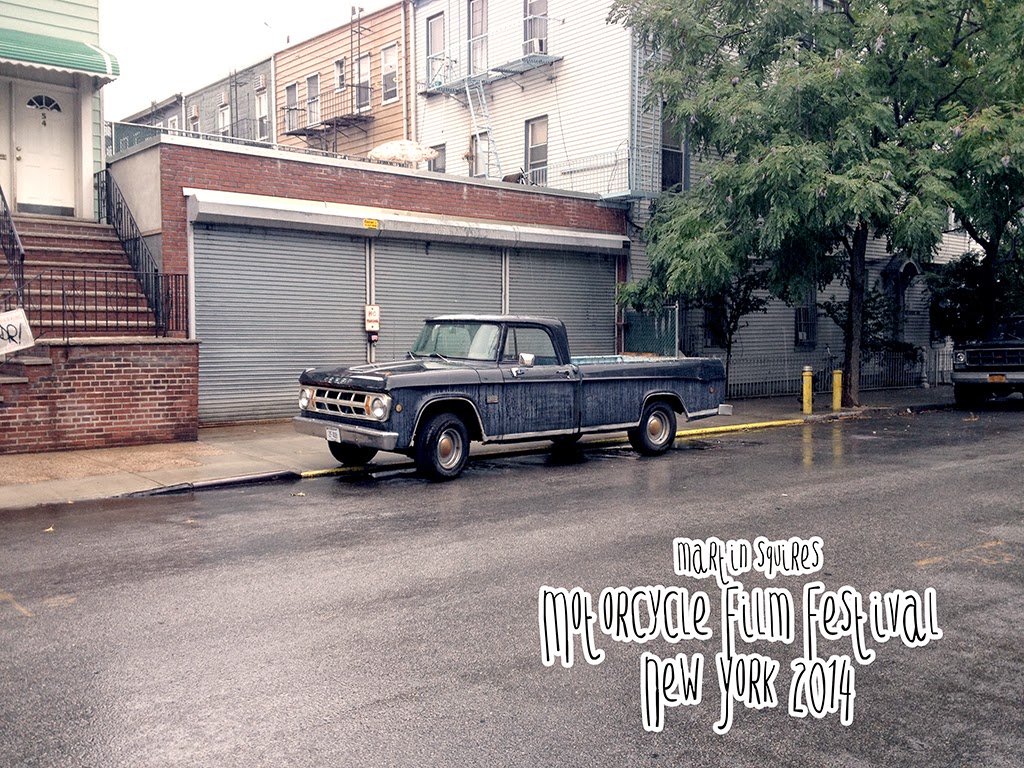 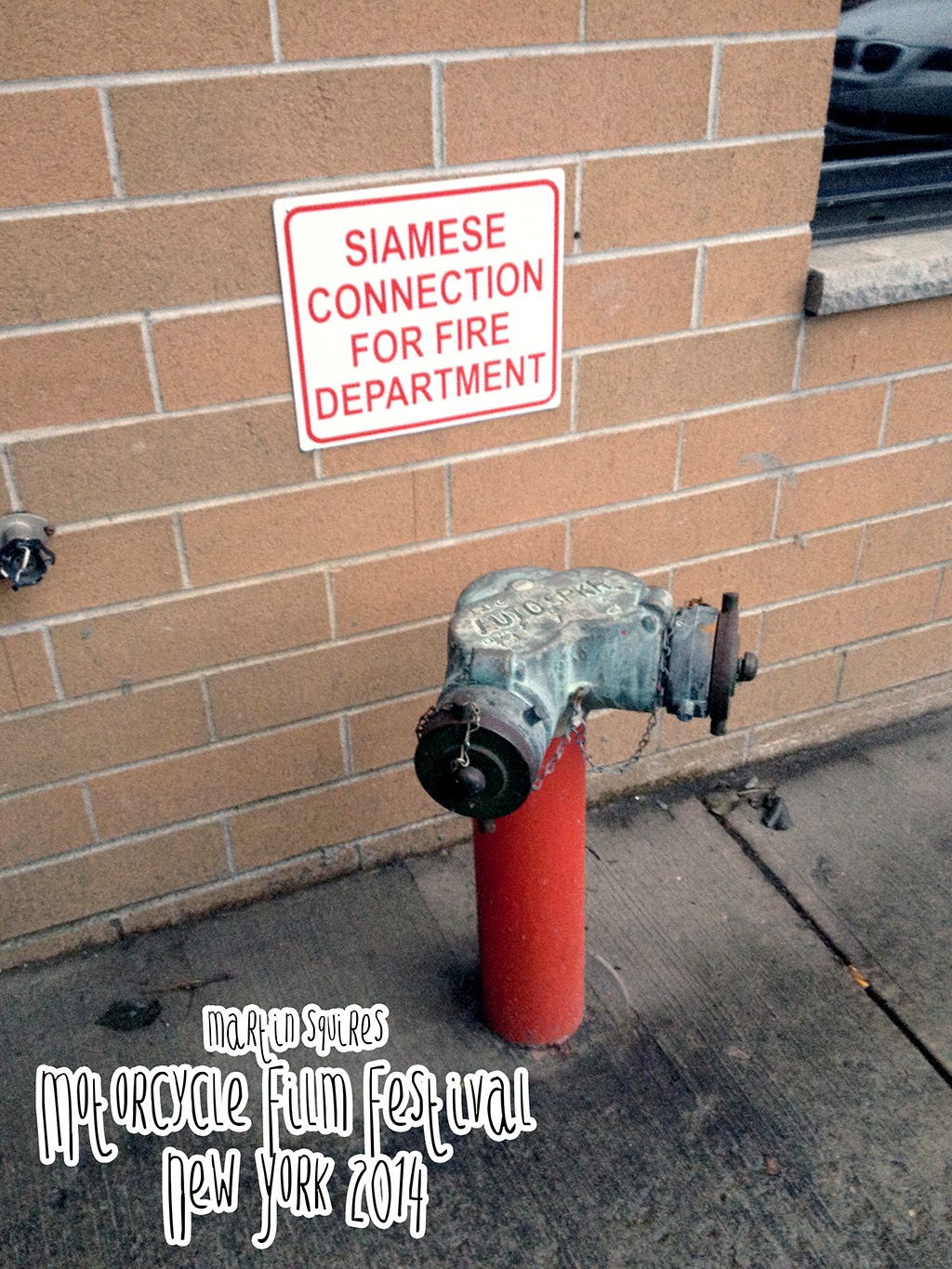 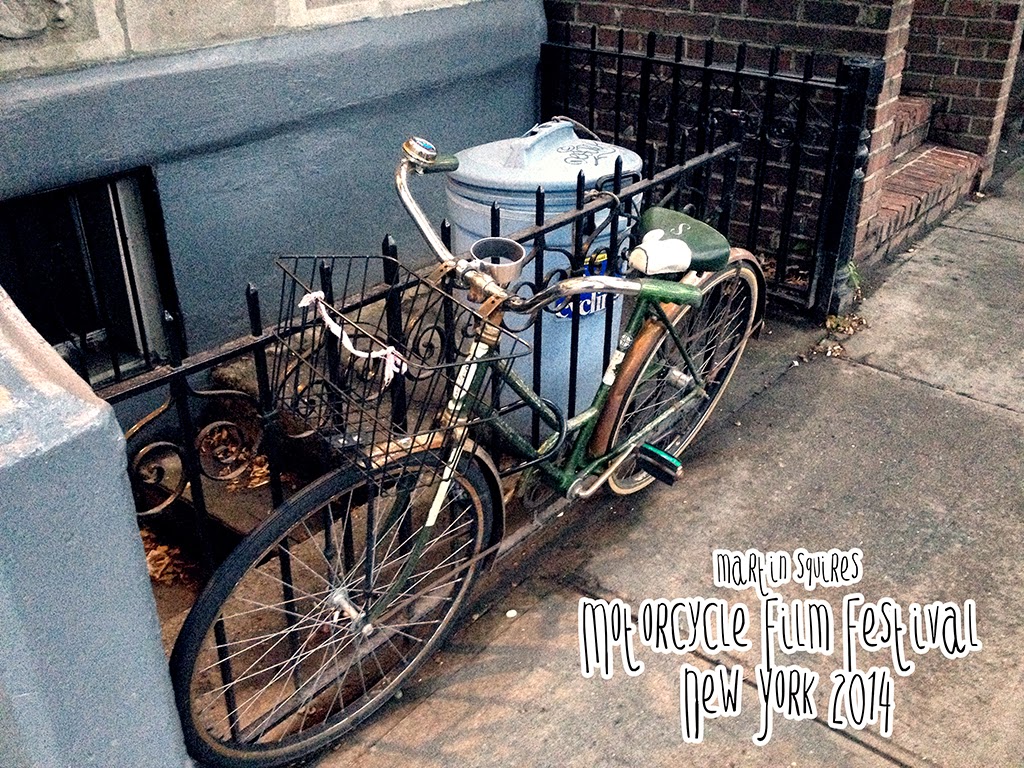 There were a lot of Schwinn bicycles around 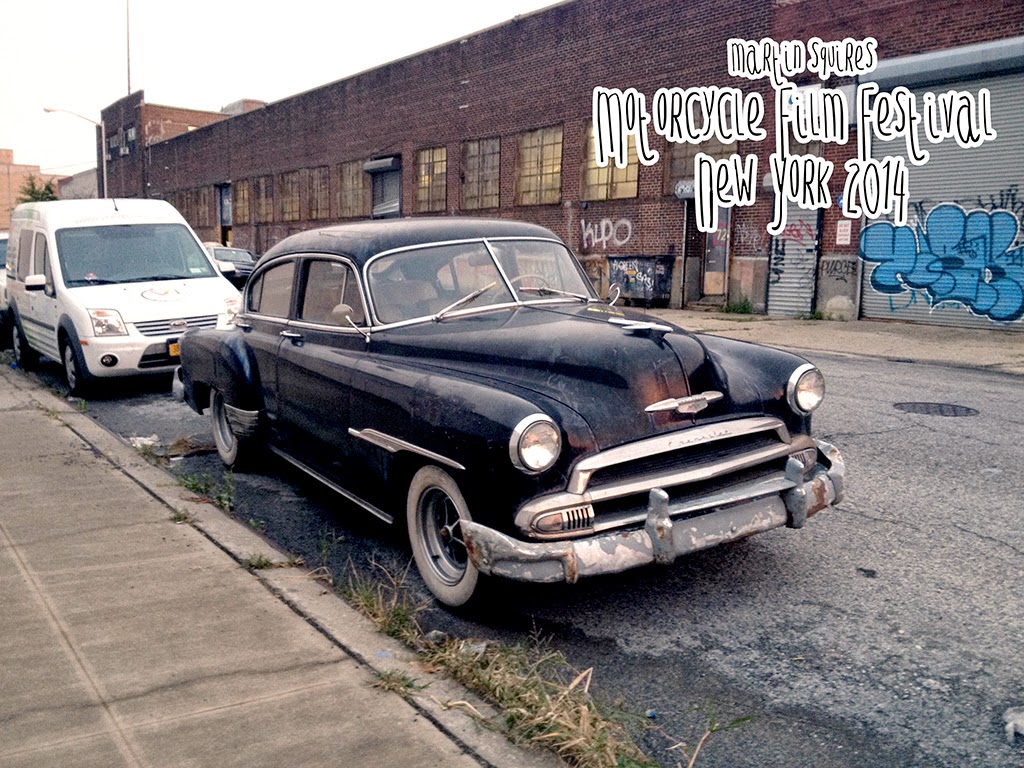 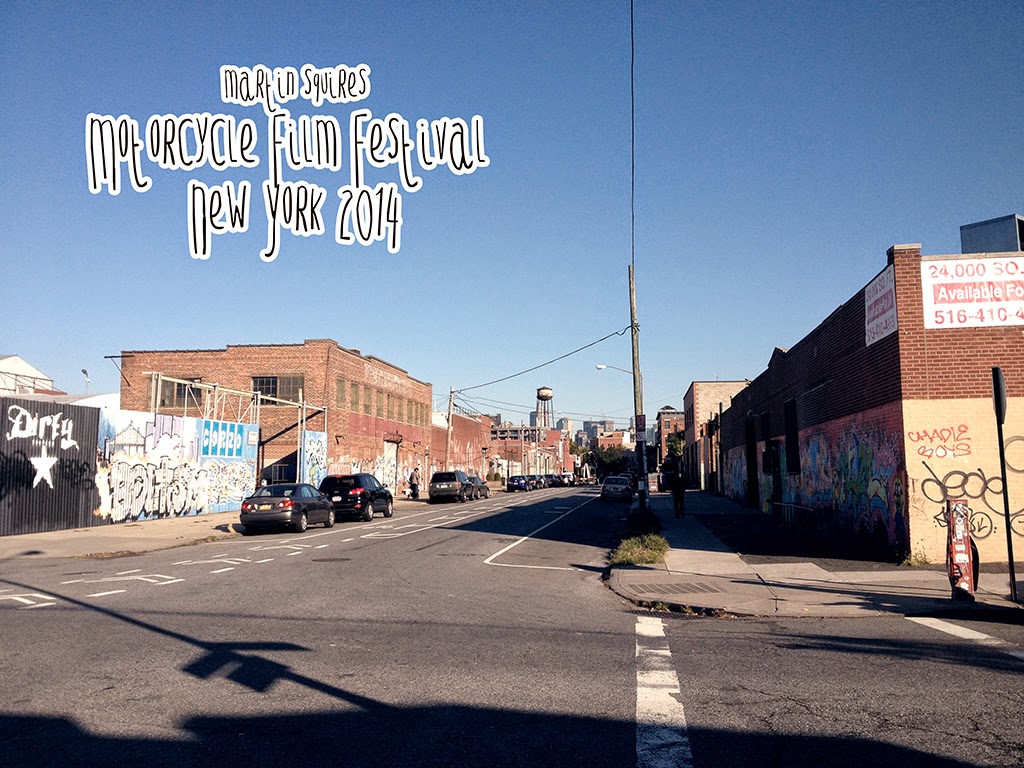 Something about those water towers.